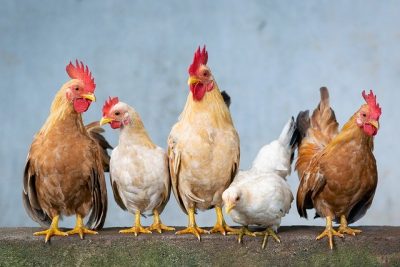 An initiative dramatically increasing living space for hens saw progress this week as the Arizona House of Representatives preliminarily approved the bill. The animal rights focus of the House Bill 2724 first increases living space for hens, then mandates cage-free operation.

The first updated requirement comes next year, when hen farms must raise their living space from 66 square inches per hen to 144, or one complete square foot.

Then, in 2025, the bill stipulates all eggs sold in Arizona must come from cage-free farms.

The bill comes as an effort from the Humane Society of the U.S., which, it should be noted, is not affiliated with local humane societies.

While Glenn Hickman, president of the company behind the compromise, doesn’t generally advocate for greater regulation, the bill offered a truce. He points to earlier legislation in the pig farming industry as evidence the animal rights organization achieves legislative success.

Collaborating with them was a chance to mitigate their impact on his business.

However, certain lawmakers responded negatively to that line of thinking. Representative Travis Grantham considers the truce unreliable. In response to the compromise, he said, “It’s very dangerous for us to cow to an organization that is not going to stop, by trying to insert into law their demands and then hope they go away.”

Furthermore, Chelsea McGuire, a lobbyist for the Arizona Farm Bureau Federation, highlighted the price hike for consumers. Presently, a dozen cage-free eggs cost on average $1.10 over other eggs.

Still, despite the vocalization of these concerns, the bill moves towards a roll-call vote in the House before it makes its way to the Senate.