City Bans Vehicles On “A” Mountain 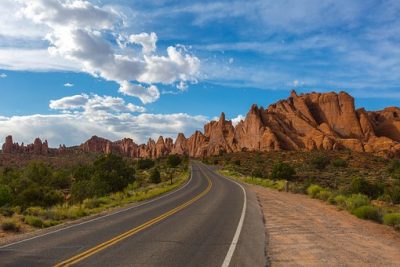 TUCSON, AZ – On Tuesday, the Tucson City Council elected to restrict vehicle access to “A” Mountain. The plan came into play after an alleged drunken driver killed a 73-year-old bicyclist in the city park last year.

As a result, all cars and trucks will be banned from “A” Mountain on Mondays under the six-month pilot program. Additionally, this means that pedestrians and cyclists will only be able to access “A” Mountain on Mondays. However, during the rest of the week vehicles will be allowed on the mountain between 11 a.m. and 8 p.m. It should be noted that the mountain is also referred to as Sentinel Peak.

Currently, the park opens at 9 a.m. everyday, therefore this plan will largely impact traffic in the mornings.

Moreover, the plan, which includes the new hours and Monday ban will take effect on Veterans Day, November 11.

Furthermore, the decision also stems from years of neighborhood group complaints about the traffic and noise. However, calls for action escalated after the death of cyclist Richard E. Ellwanger near the top of the mountain. According to authorities, Ellwanger was also wearing a helmet when a 20-year-old driver crashed into him. The driver, Yanibra Moreno was driving on the wrong side of the road.

In addition to driving the wrong way, Moreno also had a blood alcohol content of 0.40 at the time of the crash. That is five times the legal limit of .08.

Apart from this, a total of 173 separate occurrences on “A” Mountain were reported last year within six months.

Nevertheless, city officials are expected to make recommendations based off the data they collect from the pilot program and present them to the Tucson City Council. The recommendations will add to the decision of whether the traffic ban should be modified next spring.