Ford EV Boss Slams Tesla: That Must Sting From The Mustangs! 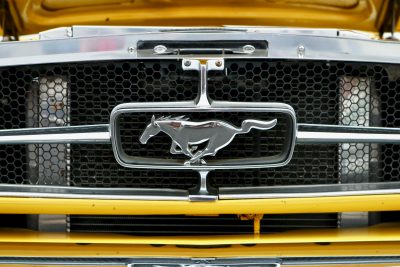 Sibling rivalry exists beyond the familiar. In nearly every industry, there’s some sort of competition always popping out of the woodwork. And with automakers, it’s definitely no different. What makes this particular case interesting is that Tesla, however fancy and popular they are with their electric models, still has some kinks to work out. Whereas, Ford is just now hitting its stride, albeit late. But still, their brand is hallowed as they have been around now for a century.

Ford Knows What They’re Talking About. Or At Least Their EV Lead Does.

When speaking about the latest entry into Ford’s foot in the electric race, Darren Palmer had plenty of positivity to say about the Mustang Mach-E. For starters, it’s their first battery-powered car. And while the marketplace has the industry kind of crowded in that regards, Palmer hopes to be able to pick up on early majority adoption. Electric cars have seemingly been accounted for on a scale that’s less than 3% of sales on a global scale, according to IEA estimates in 2019.

There was one specifically-scathing remark that Palmer made. This was regards to Tesla and their recall of nearly 10,000 Model Xs way back then in November. And all over a roof trim issue.

Tesla has also had their Model Ys made fast and loose with the car roofs.

Such quality control was overlooked numerous times in years before, so naturally, Palmer had to comment on this. When describing the Mustang Mach-E Ford has to offer, he mentioned how the doors did indeed “fit properly” while materials of the car also “color-match.” Most specifically, the spec that should’ve been a given is the comment made how “the roof doesn’t come off when you wash it.”

Ford sure does know how to say they run the streets. At least, they do when compared to Tesla.