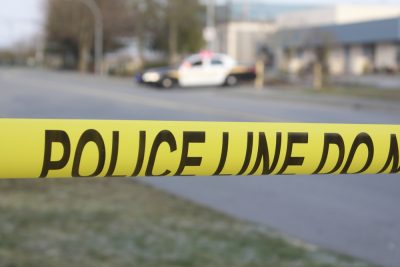 An officer-involved shooting took the life of a 39-year-old kidnapping suspect Tuesday on Tucson southwest side. Authorities identify the deceased suspect as Robert Cocio.

The incident began early that morning, at around 5 am. At that time, police received a call from a distressed man. In the call, the man described to police a harrowing experience. Another man, Cocio, kidnapped him. Then, Cocio drove the kidnapped man around the city before finally dropping him off and stealing his vehicle.

Police responded to 6500 block of South Interstate 19 Frontage Road where they encountered the kidnapped man. That individual received no injuries as a result of the incident.

Officer Francisco Magos, a spokesperson for the Tucson Police Department, said police officers discovered the stolen vehicle around 9 am. They pursued the vehicle until arriving at the 6200 block of West Ajo Highway, close to South Camino Verde. There, the driver of the stolen vehicle pulled into a gas station.

When police approached, they demanded Cocio exit the vehicle. When the suspect refused, gunfire ensued. Cocio sustained gunshots that lead to his death at the scene.

It remains unclear what prompted the officer-involved shooting. Police officials have yet to release details regarding the incident. Additionally, while a statement said “Officers and Deputies on scene” engaged, names of those officers and deputies remain undisclosed. However, we know none sustained injuries.