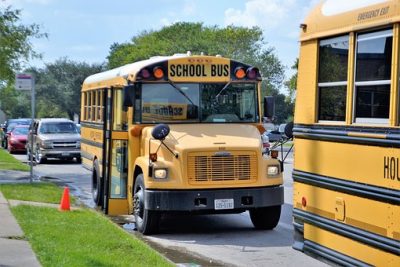 TUCSON, AZ – Back to school and there are already major safety concerns surrounding Tucson school traffic.

According to Tucson Police, complaints about school traffic come in every year. However, this year they are receiving even more. The complaints stem from the congestion around the schools, which is creating major safety concerns.

Moreover, some of the congestion is due to drivers double parking and illegally parking in red zones. Also, many drivers tend to park in apartment complexes nearby that do not belong to them. Additionally, drivers are even stopping and letting their passengers out in the middle of the street.

Furthermore, the Tucson Police Department says that every year the complaints are the same. Even though there are several no parking signs near Rincon and University, people still do it anyway.

According to TPD, it’s a volume issue, there aren’t enough places to put cars. Additionally, just last week, police issued 35 tickets to drivers in less than an hour.

Moreover, Sgt. Mike Allen expressed his thoughts on the matter. “Somebody’s going to have to think outside the box a little bit, because when it leaves the school and it comes out here, into the streets and we have people complaining, it then becomes a police issue and a safety issue. Which is the only reason we’re out here,” he said.

Additionally, a representative for the Tucson Unified School District affirmed that school traffic derives from drivers parking in undesignated areas off school grounds. However, because this is happening outside of the campus area, there is nothing they can do about it.

Still, TPD says they are happy to work with the Tucson Unified School District to come up with a solution. However, until that happens, carpooling is encouraged, as well as public transportation.