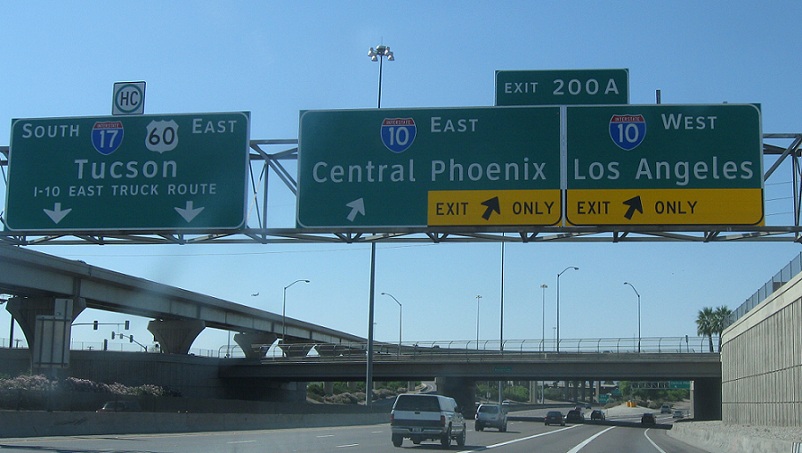 The Interstate-10 runs from Florida to California and has been ranked as the 4th most deadly road in America. About 400 miles of the I-10 runs through Arizona, which makes it a well traveled road for the residents of Arizona.

The factors that are being studied as to why it is so deadly are the occurrence of crashes or how often a crash is recorded and why the road is so dangerous.

Generally, every 100 miles or so, about 55 crashes are reported. Crashes are blamed on one of two factors, selfish and careless driving and road conditions. Even though bad driving is not a factor in the ranking of the I-10, we would like to believe that most accidents are preventable if certain precautions are taken.  It is stated that speeding, aggressive driving, not using a seat belt, and driving under the influence are factors to be blamed most for accidents in the state of Arizona.  This basically makes the drivers in Arizona responsible for decreasing the death toll.

The state of Arizona has started a new campaign called “Drive for Them” and has placed posters and billboards throughout the interstate. The campaign’s purpose is to make selfish drivers change their habits by having them think about friends, family, and the lives of others in general while driving.

Death tolls are rising in Arizona. The state believes that if selfish drivers do not slow down and become more cautious the death toll can raise up to 900 deaths a year. These 900 deaths are only counting deaths on the Interstate-10 that goes through Arizona.

Ford Bronco Stronger Than Ever Before, By The Looks Of 2021 Model