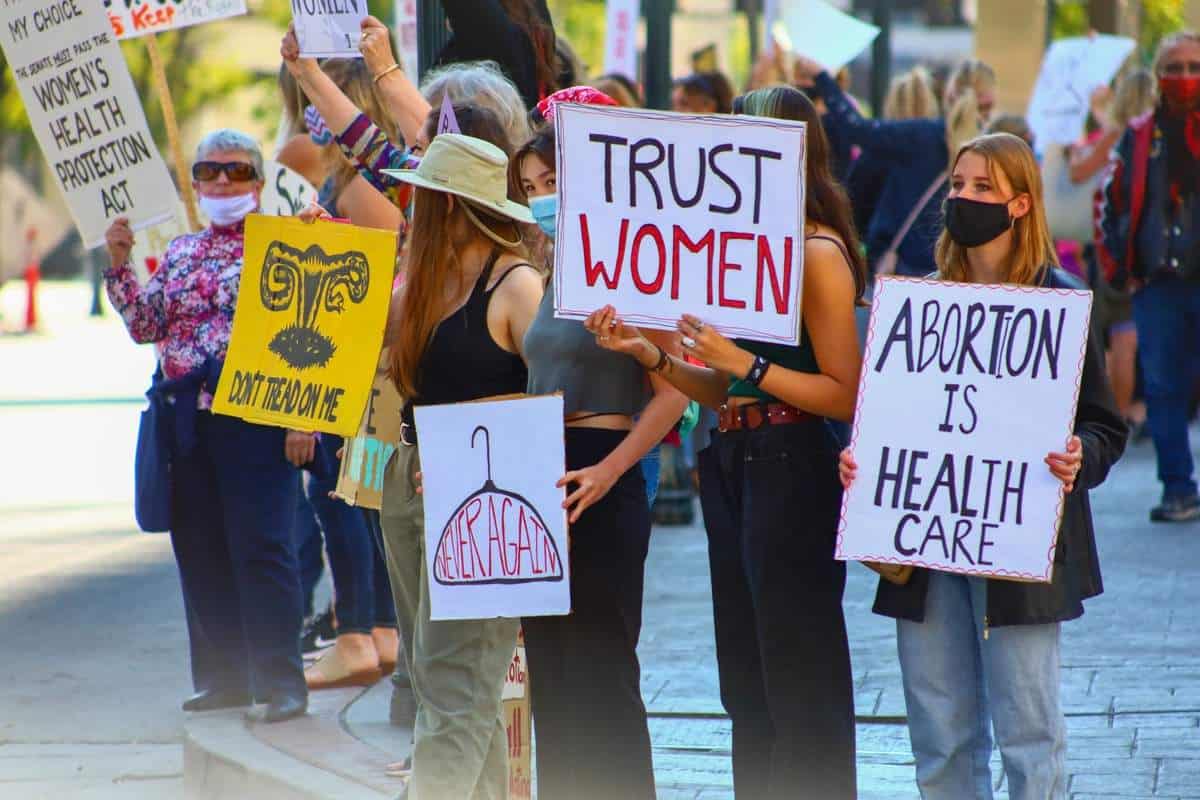 Ever since the Supreme Court started talking about overturning Roe v. Wade, protestors have rallied against the decision against abortion...

Abortion has become a serious topic of discussion in America. Either you’re pro-life or pro-your-own-life, people seem to be divided in the USA because of how touchy it is to either commit abortion or allow a life’s expenses to be a heavy toll. To make the best decision is a tough choice, but that’s all it should be! A choice and not necessarily a sin.

So you can imagine how much the country is in an uproar ever since the Supreme Court started flirting with the idea that Roe v. Wade could possibly be overturned.

They say that this draft opinion—which was an opinion in itself—could possibly be overturned within a month or less.

With Planned Parenthood enacting a “Bans Off Our Bodies” Day, there’s a clear cry for support ringing all over the nation. And that includes in our very own state of Arizona.

Here’s What Went Down

A demonstration was held on Saturday, May 14th, right outside the State Capitol Building. Of course, it was non-violent, but it still was passionate. The demonstration highlighted the consequences of losing reproductive health care rights, by which could impact lives of potential mothers everywhere. And even then, Planned Parenthood has expectations. In a press release, they went on record by saying “While Arizona has pre-Roe criminal laws on its books, they are currently enjoined and therefore would not immediately take effect if Roe v. Wade is overturned, as the state would first have to file a request to lift an injunction. This legislative session, Arizona also became the first state to pass a 15-week ban, which could take effect later this year. If Roe is overturned, we expect that anti-abortion politicians will continue working to make abortion inaccessible in Arizona.”

The Women’s March organized the gathering alongside Planned Parenthood. They were planning the march even beforehand but once the leak went online, both groups decided to accelerate the rate of the protest happening.

Of course, Pro-Life and Pro-Choice are clashing at once.

There are pro-life advocates that set up right across from pro-choice advocates. And they themselves are also supporting human rights. But in a different way. One protestor, Anthony DeWitt, says, “I believe that every life matters and I believe that everyone, whether it’s born or unborn, has rights just as I have rights to life.”

It’s very evident that the individuals fighting on the side of “rights for unborn lives” are just as serious about it as the ones fighting for the rights of “potential parents.”

It’s best that this decision by the Supreme Court is more or less made with a lot more certainty than uncertainty. It doesn’t make sense as to why it should be so flippantly discarded.

We have the best auto shipping in all of Arizona. You have to trust it when you come to Tucson Car Transport! Our carriers and our drivers are the most advanced in the industry. Just call our live agents to learn more information and we can give you a FREE Quote on your car shipping request. (520) 230-5200