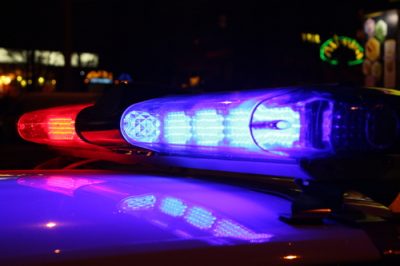 TUCSON – The Tucson Police Department is examining a neighbor homicide that happened early Sunday morning on the South side of Tucson.

Officers from responded to a report of a gunfire in the 5300 block of South Park Avenue, TPD said at 2:47 a.m. Police located a man on the ground with obvious signs of gunshot trauma upon arriving at the scene.

The man was rushed to the hospital with severe injuries where he later died. The victim was recognized as 42-year-old Tereso Hernandez-Reyes.

Police said Tereso left a famous nightclub in downtown Tucson with two associates. They pulled into a mobile home park, and at least two other vehicles followed them into the lot, TPD said. A suspect approached their vehicle and began firing into it where Tereso was sitting.

Tereso ran from the vehicle, but the shooter chased him down and shot multiple times said police. The suspect then fled from the scene, TPD said. The other occupants in the vehicle with Tereso were not incapacitated.

It was an unanticipated wake-up call for this neighbor at the mobile home park. He spent part of his day cleaning up what remains of the crime scene after police cleared the zone. It was the screams of those affected by the morning homicide that stick with him.

“It was really scary. Hearing people yelling and crying for a person that was laying on the floor.”

The anonymous neighbor says crime is common in the area, but nothing has happened recently for this particular park.

No suspects are in custody at this time. Sgt. Peter Dugan, Public Information Officer for TPD says if anyone has information, they should call 88-CRIME. They can choose to stay unidentified.