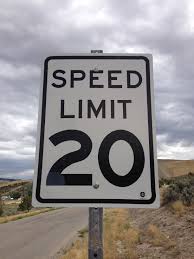 The enforced speed limit was 25 mph but will be changing to 20 mph in the next 60 days. The speed limit change affects the area around 4th/Fontana Ave, among other streets. This development will cost the city less than $5000 to complete. The council voted on this change and unanimously decided to put it into play.

The reason the council has decided to reduce the speed limit on bicycle boulevards is because it becomes easier to spot cyclists and pedestrians which will ultimately lead to reducing the number of accidents that occur on the road. Reducing the speed limits even by 5 mphs reducing the chances of an average aged pedestrian being killed from 12% at 25 mph to 7% at 20 mph.

Some concerns the council announced is noncompliance regarding the community. The council stressed how important it is for community members to understand the magnitude of this decision. Their biggest concern is that drivers will continue to speed in these areas by disregarding the new speed limit enforcement.

Tucson Police Department as made a statement regarding the severity of the citations available for drivers who disregard the speed limit and proceed to speed. Also, for those drivers who drive near the old 25 mph speed limit, there will be warnings issued but the Tucson Police Department has no intention of giving out tickets for 25 mph drivers just yet.

Council members state that they hope it will be well received. The city has identified 64 corridors and about 193 miles of roadway due for development. This will cost the city about $31.7 million to complete.