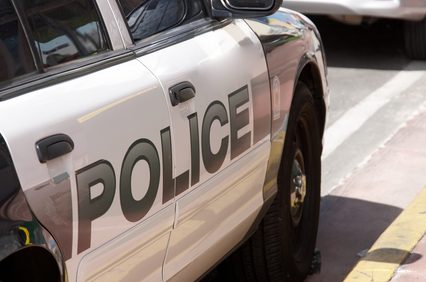 TONOPAH, Arizona — A trucker was injured by a murder suspect who shot at his rig while fleeing police on Interstate 10 and later opened fire at a nearby rest stop.

The incident began around 1:50 a.m. on Tuesday morning, as troopers were searching for 36-year-old Sladjan Petkovic which is a suspect in a deadly shooting near Phoenix, earlier in the morning.

An officer who was searching for Petkovic, came across a stopped tractor-trailer on Interstate 10 in Tonopah, Arizona, according to the local news reports.

The officer approached the rig and the truck driver told the officer that he had been shot at and had suffered injuries from broken glass.

Officers searched the nearby Bouse Wash Rest Stop and found Petkovic standing outside of the dark Jeep Cherokee, at around 2:40 a.m.

The suspect then reportedly began shooting at troopers with what was described as a “long gun,” causing officers to return fire. The gunfire lasted for “at least 30 minutes” according to the La Paz County Sheriff’s Office.

Petkovic was “severely injured” in the shootout, but no officers or witnesses were hurt in the incident.

The identity of the truck driver, as well as his current condition, are not yet known.

No other suspects are believed to have been involved in the incident. However, the Interstate 10 west of Tonopah from mile marker 81 to mile marker 45 is shut down as police investigate the incident.

Westbound I-10 traffic will be redirected north to US 60 via Salome Road at milepost 81 and will return to I-10 via Vicksburg Road at milepost 45. When the westbound lanes will be opened is unclear.