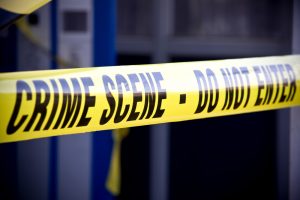 Tucson, Arizona – On Sunday, an incident had happened between two neighbors which had gotten the police involved later on.

Craig Yelton was not happy with the loud music that was being played by his neighbor at the house next to his.

The 34-year-old man stepped out of his house with a gun in his hand and started to wave it towards his neighbor as a sign to turn down the loud music.

Both live on the East side of Tucson. He lives on North Understory Lane, close to East Broadway and North Houghton Road.

Right after midnight, the Tucson Police Department received a call from the frightened neighbor and reported Yelton for threatening him with a gun.

The neighbor told the police officers exactly what had happened before they arrived at Yelton’s house.

Police tried to get in touch with him by using a public address system.

When they arrived at his house, Yelton stepped outside with a gun in his hand again.

Yelton got into a conflict with the cops, which led to them shooting him.

Right after he was shot, the cops immediately called for medical help to make sure Yelton was treated for the injury. However, he did not make it and he passed away at the scene.

None of the police officers were hurt.

Detectives arrived at the scene to investigate.

The cop who shot Yelton will be under investigation by sergeants at the Tucson Police Department’s Office of Professional Standards.