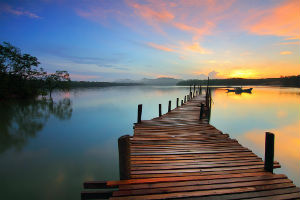 The Maricopa County Sheriff’s Office worked with Commercial Divers International of Goodyear to retrieve the body at around 3 p.m. Furthermore, the MCSO reported that the body was found in water that reached a depth of 200 feet.

Authorities identified the man as 30-year-old Joshua Rosen. Moreover, they revealed Rosen was a diver.

Officials declared Rosen missing since May 4. Rosen was conducting a technical scuba dive on that day. Two other unidentified people joined him. Also, the dive took place near Old Waddell Dam. This is located at the southern end of the lake.

Officials first arrived on the scene on Saturday around 5 p.m. This is when Rosen was first reported missing. Experts searched for Rosen from Saturday evening until Tuesday.

Rosen never resurfaced. However, it’s currently unclear why this is the case. Still, local divers say that the area gets dark quickly. Experts say that this area should only be explored by experienced, expert divers.

A Tucson diving instructor named James Riley spoke to reporters about his friend Rosen. “I’ve dove with him before. He’s part of the local community in Tucson.” Mr. Riley added that the local diving community was mourning the loss.

The MCSO released a statement claiming the investigation is still ongoing. Additionally, they do not suspect suspicious circumstances.

The Maricopa County Medical Examiner will determine the cause of death.