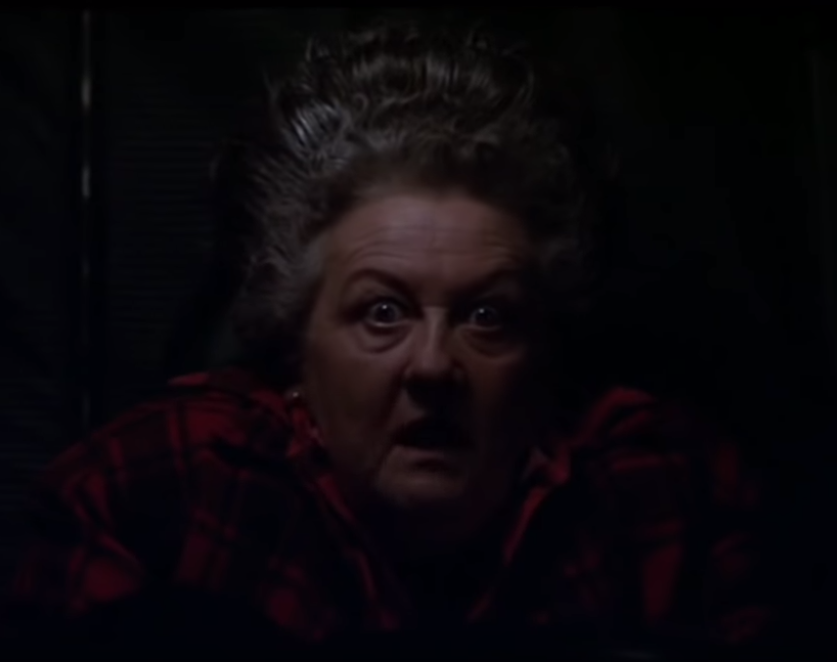 Large Marge was, to me, one of the scariest memories of my childhood. It was often used by my parents as a way to get me to behave. To which I would totally eat my Brussel sprouts. From the movie “Pee-wees Big Adventure”, Large Marge was a ghostly truck driver who would recount the tale of their own demise while on the road.

“You better watch out” my parents would say – if I didn’t do something they asked of me. “If you don’t do this, Large Marge will get you!”. That scene in Pee-wees Big Adventure was a staple in my future fears. How could a movie that was so funny up until this point make me never want to watch it again?

Large Marge was the Epitome of Trucking Fears.

“Ten years ago….on a night just like tonight.” was something I had always feared hearing, even if the TV was on in the background. I knew what was about to happen and I never wanted to watch it again. Large Marge picks up Pee-wee from the side off the road and begins telling him about her actual demise. Like every ghostly trucking story, there’s an awkward encounter with the truck driver or the driver has a story to tell. Large Marge was no exception.

The Build- Up Was Perfect

From her eyes-wide stare to the crescendoing tale of her story, that lady creeped me the hell out. Her white frizzy hair already had mine on end, and her raspy telling of how a garbage truck gets sent off a cliff only ads to the question: “What is she talking about?”

At the hight of her retelling, she transforms into this weird google-eyed skeleton/ghoul/monster. The scene only lasts a second, but I still can’t tell if its the early claymation of the prospect itself that scared me more as a kid (well, even as a 30-year-old). When Pee-wee has clearly soiled himself, he gets out of the Big Rig and ends up at a truck stop. To which she replies “Tell’em Large Marge sent ya!” and cackles in laughter as she drives away.

After getting out of the car, the scene is further perpetuated by Pee-wees entrance to the truck stop diner. To which he finds out that Large Marge was indeed the lady from the accident and he was riding in a ghost truck.

You can scare your kids, here: