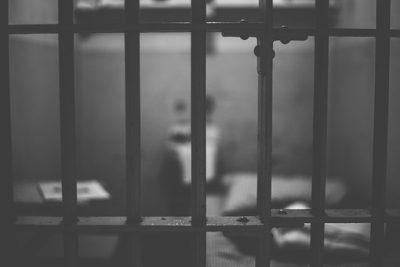 TUCSON, AZ – A Tucson man found guilty of a 2017 murder was sentenced to life on Tuesday morning.

The murder took place two years ago near the downtown rattlesnake bridge. According to court records, the convicted man received a life sentence in prison. He must now wait 25 years until there is a chance of a release.

The convicted killer has been identified as 18-year-old Daren Encinas-Pablo. According to Pima County court records, Encinas-Pablo shot and killed a 53-year-old man, Nicholas Encalade on October 12, 2017. As a result, Encinas-Pablo was convicted of first-degree murder.

Nearly two years ago, around 7:30 p.m., Encinas-Pablo, along with 20-year-old Joseph Anthony Santos approached Encalade with a gun. Encalade was also with a woman at the time. According to the police, the 2017 confrontation occurred in Iron Horse Park.

However, according to police, the woman who was with Encalade that day was not hurt in the shooting.

Police arrested Encinas-Pablo shortly after the shooting. When officers arrived at the scene, they found Encinas-Pablo suffering from a gunshot wound to the stomach. He told police that during the robbery Santos shot him.

Santos was also arrested on Tohono O’odham Nation land. But, once in custody he told police that the shooting was all Encinas-Pablo’s fault and that he wasn’t the one responsible for the murder.

Furthermore, in 2018 Santos pleaded guilty to felony robbery. So, he was sentenced to four years of probation.