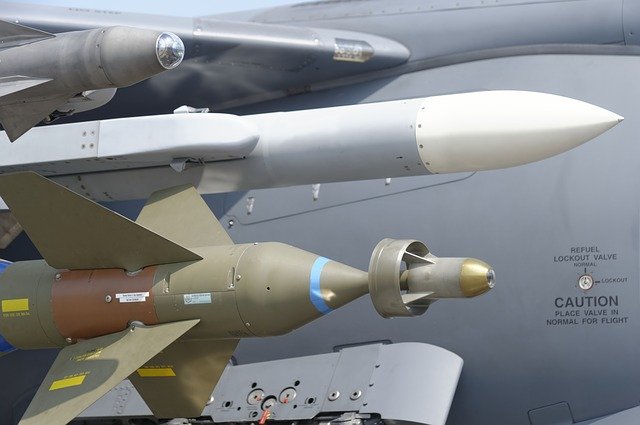 In a bid to produce the nation’s next batch of defensive weaponry, Raytheon submitted a design for a nuclear missile to the US government. After a three year period in which the Air Force courted two companies, Raytheon ultimately won out.

Originally, the Air Force awarded a contract to both Raytheon and Lockheed Martin, another popular military contractor for the United States. That decision took place in August of 2017.

Since then, the Air Force reviewed the the two company’s approaches and eventually opted to proceed exclusively with Raytheon. However, they noted Lockheed Martin remains a vital and collaborative partner of the military branch. “This is an off-ramp, not a downselect,” said a spokesperson from the Air Force Nuclear Weapons Center.

The technology maturation and risk reduction phase, or TMRR, proceeds with Raytheon. Contract negotiations follow during the fiscal year of 2021, with a presumed award taking place in 2022.

Eventually, following the completion of the TMRR phase and contract negotiation, Raytheon will enter production. They will produce long-range, nuclear-capable standoff weapons, known as LRSO for short. The Air Force intends to replace the AGM-86B Air-Launched Cruise Missile with the new design.

The new nuclear capable missiles will be able to launch from aircraft such as the B-52, a long-range bomber developed in the 40s and 50s by Boeing.

The Air Force refers to these weapons as deterrents. The primary aim of a functional stockpile of nuclear weapons and nuclear capable missiles is to effectually ward off grand scale attacks from other countries.

Efforts to denuclearize remain a consistent thread in foreign relations. During the Obama administration, officials reached a deal with Iran to ensure the Middle Eastern country did not develop nuclear weapons. North Korea developed nuclear weapons and US administrations have sought to slow their program’s progress for years, to seemingly little effect despite grand gestures.

Raytheon is the largest employer in southern Arizona. Based in Tucson, the company employs 195,000 people. The contract win brings a great deal of money to the region.