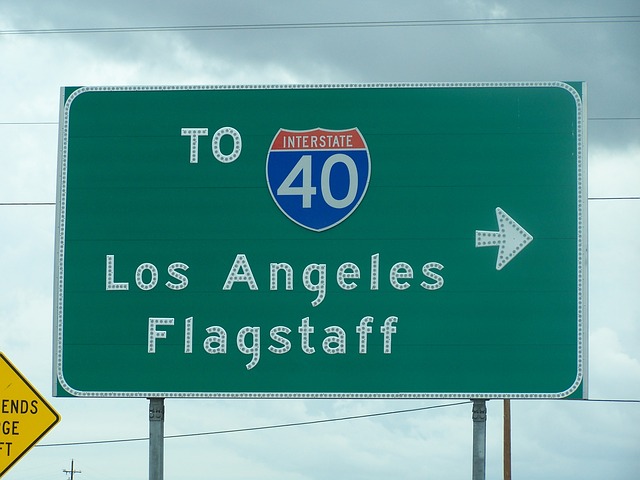 I-40 runs through the southern areas of America. A lot of cross country drivers will tell you this may be the best option due to low traffic, and ease of driving. When making my cross country treck from New Hampshire to California (as across the country as I could do at the time) I found what they said to be accurate.

When driving across the country, I found that Arizona had some of the best scenery. Far removed from my hometown up in New Hampshire, Arizona didn’t present itself as another part of the country. It didn’t even present itself as another country. It felt like another planet. The vast openness of my surroundings was something not like I’ve ever seen. Whatever plant life that managed to survive desert conditions, grew into weird and obscure forms. In the same feeling that some may get for seeing snow the first time, the desert has the same effect. You feel like an alien on your own planet.

Rules for Driving Through Arizona

Arizona presents its own unique laws pertaining to traffic infractions. It is always urged to check the current driving laws to make sure you do not get pulled over for not knowing the laws.

Unfortunately, Arizona is not like many other states. They don’t take kindly to any form of alcohol consumption behind the wheel. While most states will let you go if you BAC is under the legal limit (.08), Arizona can still hit you with a citation for any amount in your system. Be careful using certain types of breath mints. They could put you at a .02 BAC and possibly ticketed.

Although Arizona was one of the last states to ban the use of cellphones while driving, it has heavily enforced the law. “Hands-free” is still a viable option. Granted, I was burning through the desert using the GPS on my phone, but I purchased a phone holder so I didn’t have to hold it or make it look suspicious on my journey. Distracted Driving is another term they will try to throw or add to your citation if you get pulled over. Eating, drinking, putting on makeup and (for the mad-lads) shaving while driving can be a cause for you to be pulled over. Be extremely careful as these are easy traffic violations.

For many, (including myself) having such long stretches of the open road can be tempting (even for the normal driver). On my cross-country treck, I was driving a 2007 Nissan Altima with a 3.5 Liter V6 engine. Seeing as how I hadn’t tried to push that car to the max, the idea was tantalizing. I would say about 90% of me wanted to simply do the necessary tasks in order to get to California safely. Unfortunately, the 10% of me that wanted to drive balls-out through sunsets and canyons totally won. It was awesome, to say the least, and fortunately, I didn’t get pulled over. But that doesn’t mean it won’t happen to you. I simply got lucky and had I been caught, I would have been facing some serious penalties. The best bet is to stay the 75 mph through the state. The speed limit is 75 so so it provides a pretty fast experience. Just don’t do it, man.

Driving Through Is Fun

For the most part, the restrictions and regulations for traveling on I-40 are just as similar as anywhere else. The coolest part is the awesome scenery, and if you have a good pair of sunglasses, those sunsets along the red desert can be something surreal. Just remember to be careful when you are traveling and you will have a great time.

Hurricane Hit Most Part of the Floral Industry of Tucson