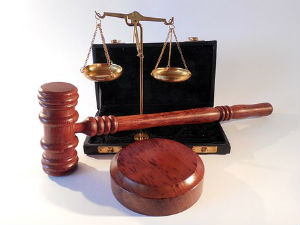 TUCSON, AZ – Officials overturned a Tucson woman’s 20-year prison term last year, and now they sentenced her to ten years of probation for crimes related to the abuse of her three daughters.

The woman, Sophia Richter, plead guilty this past spring to several charges of abuse and kidnapping. At Monday’s sentencing, the Pima County Superior Court Judge Javier Chon-Lopez mandated she serve sentences for each count at the same time.

Among the sentences is the child abuse of which she must serve 10 years and seven years for all the kidnapping counts. In this case, these are all labeled crimes of domestic violence.

According to investigators, Richter and her husband abused the children while the family lived in both Pinal and Pima counties. At the sentencing, Richter was eligible to receive probation or the possibility of up to another 20-year prison term.

Origin of the Charges

Police arrested the woman and her husband, Fernando, in 2013 after two of the girls fled from a bedroom window and rushed to a neighbor’s house. Here, they told the neighbors they were being imprisoned. Furthermore, they shared that their father had threatened them with a knife.

Police arrived at the house and discovered an older daughter locked in another bedroom. The eldest daughter claimed the parents fed them rancid food and forced them to drink moldy water.

A court overturned Richter’s conviction in August after the Arizona Supreme Court determined she was denied the right to claim she acted under duress with regards to the abuse.

On Tucson’s Northwest Side Fire Destroys Car, Carport At House