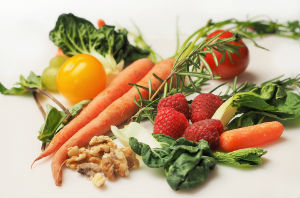 Food waste is one of the biggest problems in the nation today. Decades ago, coming out of the Great Depression, there wasn’t much food waste. Unfortunately, times have since changed. Furthermore, it’s sad to know that even though s much food is being wasted, over 23 million Americans don’t have access to affordable and healthy food. Still, companies are starting to take some initiative on this problem. For instance, Thermo King has just announced a commitment to reduce food waste.

Thermo King makes transport refrigerated units. Therefore, they obviously are interested in keeping food waste low. Thermo King created their We Move Food program in 2017 to help provide people in need with nutritious meals. However, the new financial commitment aims to give $750 million in the next two years. This should provide more than 5.7 million meals to people who really need them.

Thermo King isn’t just dedicating money to this important cause. Employees are actually donating their time to volunteer at food banks and meal kitchens as well!

Thermo King’s president Ray Pittard commented in a news release, “Transport refrigeration plays a critical role in addressing food insecurity. With the staggering amount of waste each year and the millions who are suffering, we know that producing more food is not the answer. We need to recover what would potentially be wasted and get that fresh food to the people in need. That’s literally what Thermo King and our dealer network do –  we move food.”

3 Tucson Schools In The Top 25 Schools in the US

Supervan: The Coolest Vehicle Ever