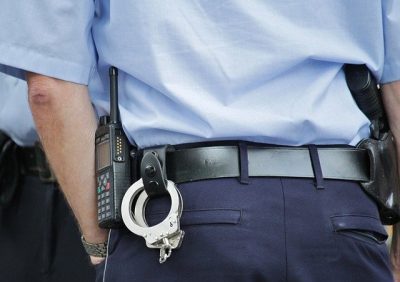 As state and local authorities impose stay at home orders during the pandemic, many wonder to what extend law enforcement enforces them. In response to such queries, Arizona’s Attorney General Mark Brnovich issued an opinion on the matter.

He wrote law enforcement agencies throughout Arizona may enforce orders issued by both local and state officials. In practice, that means a variety of things. For example, tickets, street and business closures, as well as curfews exist within the toolbox of law enforcement.

However, Brnovich cautioned law enforcement on the use of such measures in his opinion. “In exercising such authority, law enforcement officials must continue to be mindful of constitutional rights and should execute their duties in a manner than promotes justice,” he wrote.

Though, another issue arose. While Brnovich opines police enforce both local and state executive orders, he leaves out one tricky conundrum. If state and local orders clash, which do police enforce?

Word from the governor’s office states local orders cannot supersede state orders. Still, Evans refuses to loosen her restrictions. Other states, like neighboring California, took more decisive action. For the west coast, those measures appear to help stem the spread, even as it ramps up towards a predicted apex.

Many consider Ducey’s response inadequate and believe he fails to appreciate the severity of the outbreak. While Brnovich remains silent on how to navigate disagreement within Arizona, police take a light approach.

Mark Napier, Pima County’s sheriff, said, “It’s not the intent to see how many people we can arrest.” He says officers educate and reserve penalties for only the worst offenders, those blatantly disrespecting the order.