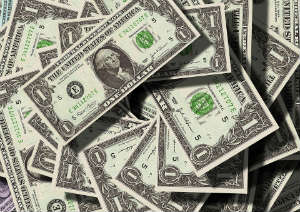 TUCSON, AZ – A Wells Fargo bank robbery took place on February 4. a man this morning, February 8, on Tucson’s East Side.

This man was Steven Philbrook, age 32. The Tucson Police Department spoke out on the incident.  The company was looking for the suspect since the robbery and even posted on Facebook asking for any possible identifications. Interestingly, Philbrook had robbed this bank and another business adjacent to the bank. The location was at the intersection of E Glenn St. and N Campbell Ave.

The Tucson Police Department has not officially charged the man. Although, there is video footage of him at the bank. Witnesses reported that they didn’t see a weapon during the robbery. Also, police aren’t releasing details on what exactly Philbrook stole. Even the bank has not released details about the incident.

Philbrook was the sole suspect. When police brought Philbrook in for questioning, they found evidence of the robbery in his possession.

The police state that the only reason that the culprit was found was due to tips from the public. Soon after being brought into the station, Philbrook was booked into Pima County Jail for two counts of robbery.

Bank robberies are not uncommon in Tucson and the Tucson Police Department is glad that one criminal has been put behind bars.

Brush Fire Shut Down I-17 for Hours near Camp Verde

Tucson Mayor Carjacked at Gun Point…. Here Are The Details