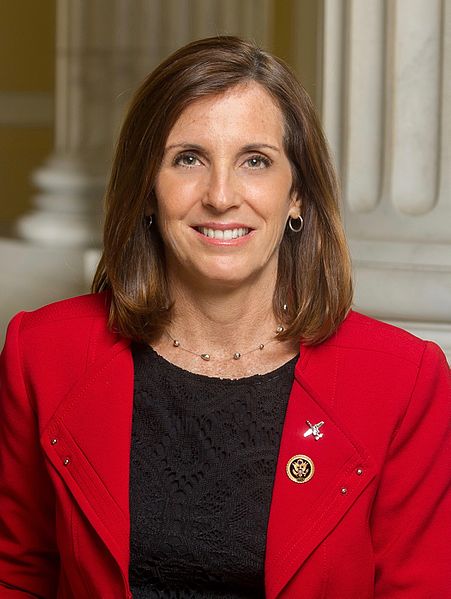 TUSCON, AZ – As she prepares to leave office early next year, Rep. Martha McSally gave her final speech to the U.S. House of Representatives on Wednesday. She served for two terms as a Republican lawmaker.

McSally told fellow House members that Americans might be deeply divided about how to solve the nation’s challenges, but lawmakers need to set an example. They should disagree without being disagreeable. She also stressed that they should find common ground where they can govern.

The Tucson resident thanked constituents in the 2nd Congressional District. She said that she deeply valued meeting with them and hearing about how could address their concerns. She asserted that she’s proud of five pieces of legislation she introduced that became law. The five laws all had bipartisan support.

McSally is a retired military officer. She served in the United States Air Force for 22 years, from 1988 to 2010, rose to the rank of colonel, and was one of the highest-ranking female pilots in the history of the Air Force. She was the first American woman to fly in combat after the military lifted the prohibition on female combat pilots in 1991.

In 2001, McSally sued the United States Department of Defense in McSally v. Rumsfeld. She challenged the military policy which required US servicewomen stationed in Saudi Arabia to wear an abaya when traveling off base in the country. An abaya is a body-covering garment that women wear for modesty in Saudi Arabia.

McSally’s lawsuit was successful. As a result, In 2002, General Tommy Franks, then the commander of the United States Central Command, announced that military servicewomen would no longer have to wear abayas. However, the military still encouraged them to do so out of respect for local customs.