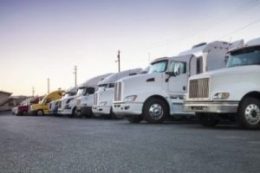 TUCSON, ARIZONA – TuSimple, a Chinese company that develops self-driving commercial trucks in Tucson, reported that it will add over 500 jobs over the next two years here.

The company has been testing autonomous trucks on Tucson’s southeast side for over a year. Each vehicle is managed by one driver and an engineer, who monitors the system as well as the driver.

The new jobs will span a variety of fields ranging from engineering and autonomous truck driving to office management. TuSimple will also increase its autonomous fleet to 200 trucks in the U.S. by 2019.

TuSimple expanded its testing facilities from 6,800 to 50,000 square feet. In 2019 the company plans to further expand their footprint. It is estimated that autonomous truck driving will have an economic impact of $1.1 billion over the next five years.

The officials believe that the autonomous truck technology in TuSimple will be a game changer in the transportation world.

Shooting in Tucson: A Pima County Sheriff’s Deputy has been Wounded